Could not retrieve the oEmbed resource.

Eduard Sharmazanov to Ogtay Asadov: You Should Recognize the Full Exercise of Artsakh Peop 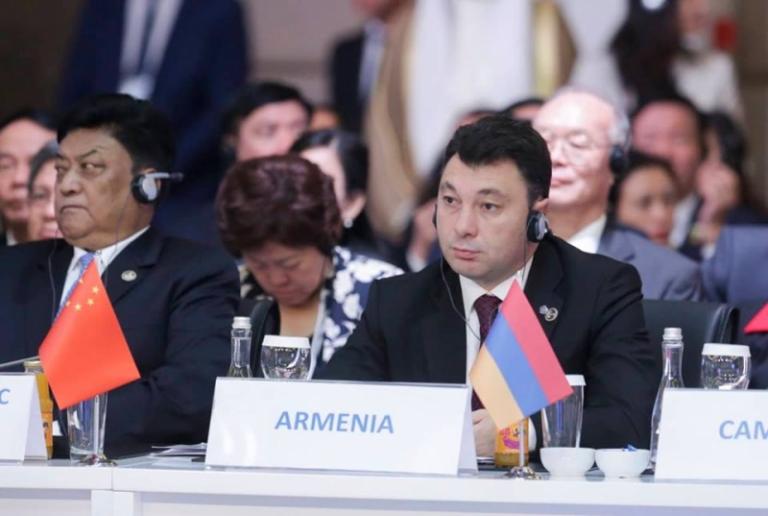 The Third International Meeting of Speakers of Eurasian Countries’ Parliaments goes on in Antalya, where the RA NA Deputy Speaker Eduard Sharmazanov takes part. During the Meeting the Speaker of Azerbaijani Parliament (Mili Mejlis) Ogtay Asadov touched upon the Nagorno Karabakh conflict, talked about 20 percent occupation of the territories, military separatism of Armenia and Artsakh and Armenia being an aggressor.
In response Eduard Sharmazanov said: “Both Armenia and Artsakh are exclusively for the peaceful settlement of the problem. Mr Asadov, if you really want to solve the problem, then first of all, you should recognize the full exercise of the Artsakh people’s right to self-determination.”